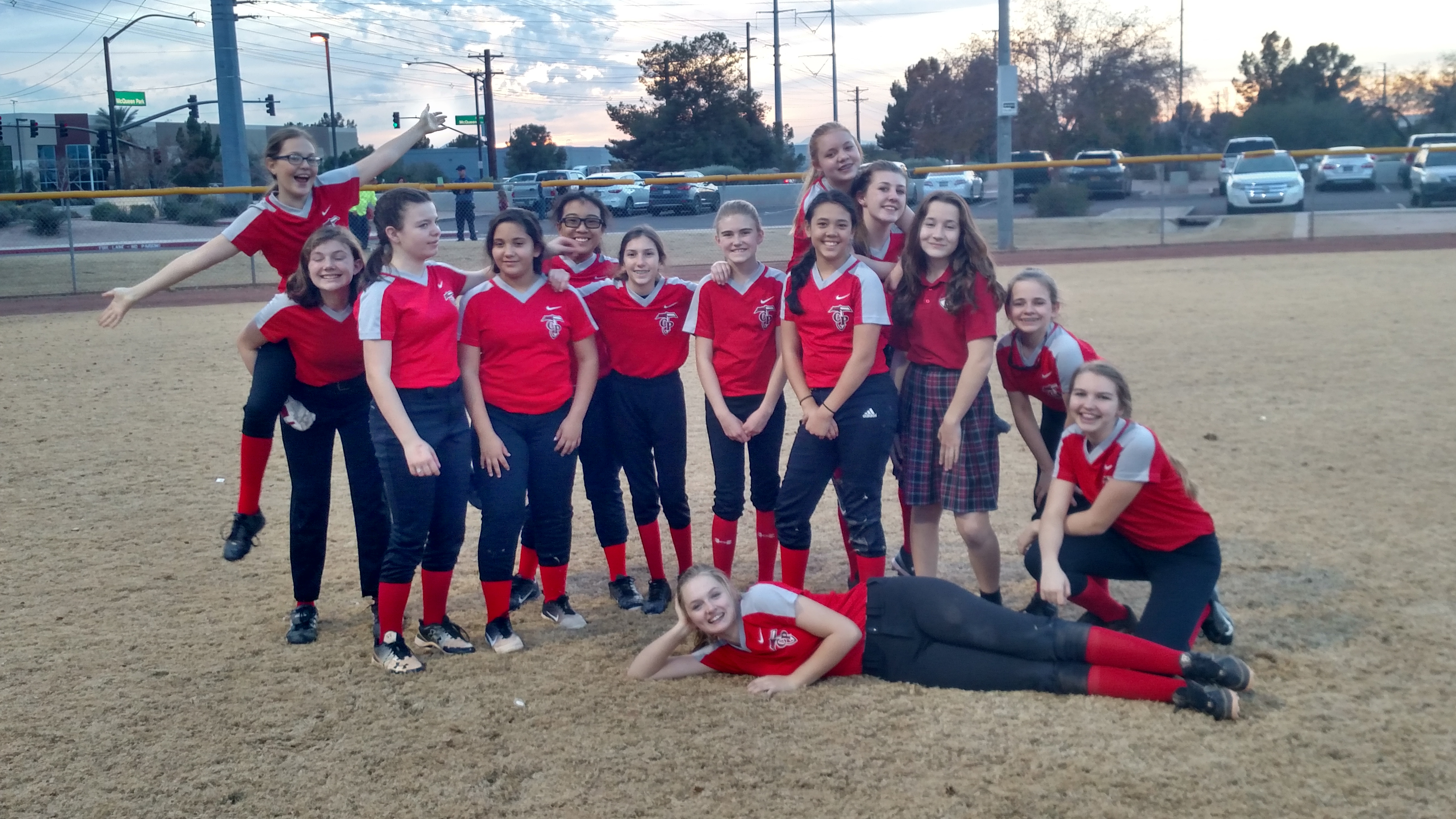 The girls had a slow start in the 1st inning with only 1 run scored after giving up 3 runs. Down by 7 runs after the top of the 2nd inning, the girls rallied back to take the lead scoring 10 runs in the bottom of the 2nd. The girls kept the lead by shutting out Lincoln in the 3rd and 4th innings, with 4 strikeouts by Leighan Petri (P) and Emma Johnson (C), a pop-up fly by Juliette Mount (1B) and a defensive play by Kyra Tucker (SS) to 1B. Offensively, doubles were hit by Amelia Lockery, Jillian McDonald, and Katelyn Chu; singles were hit by Emma Johnson, Kyra Tucker, Leighan Petri, Juliette Mount, Katelyn Chu, Madison Shill, and Giada Lowman. Go Titans!

No Events This Week

Events are added by athletic staff.
View All Events